Looking at the old architecture and signage Aubert home, I turned on Kettenbrückstrasse heading towards the Old town Hall. 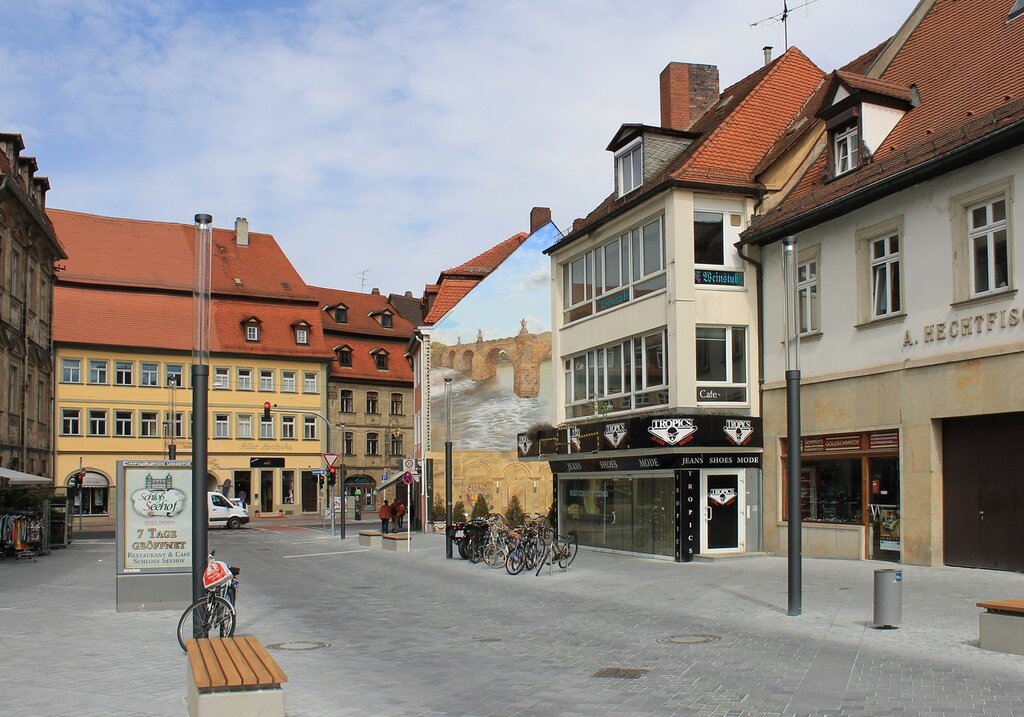 Kettenbruckengasse got its name from the eponymous bridge over the main-Danube canal with a long history. 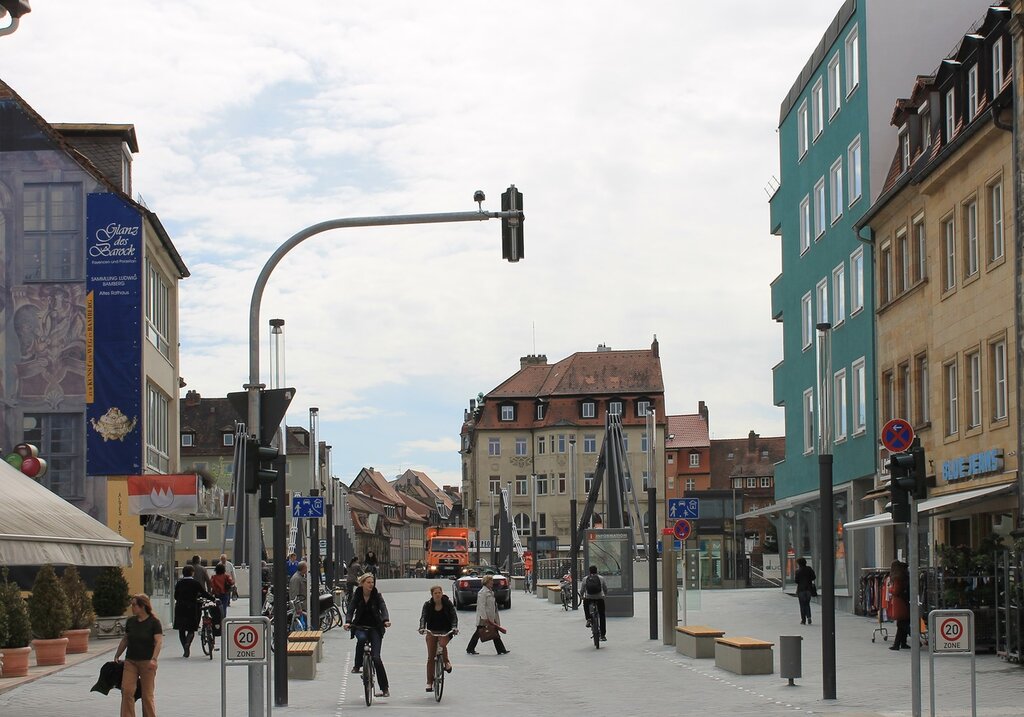 The first bridge at this site (map) was built in 1771 by architect Neumana Chelem and was named Steinbogenbrücke (stone arch bridge). 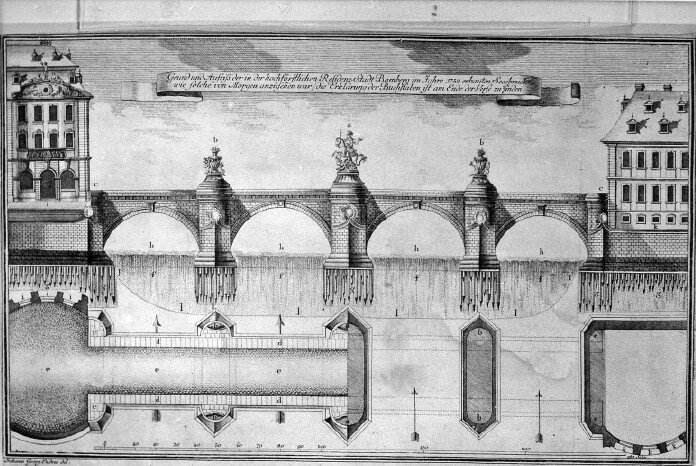 However, the beautiful, and seemingly sturdy stone bridge stood for long - during the catastrophic floods 1784 the bridge was washed away by the torrents, after the recession of the water from the bridge remained only sticking out of the wreckage of the foundations of the bulls. 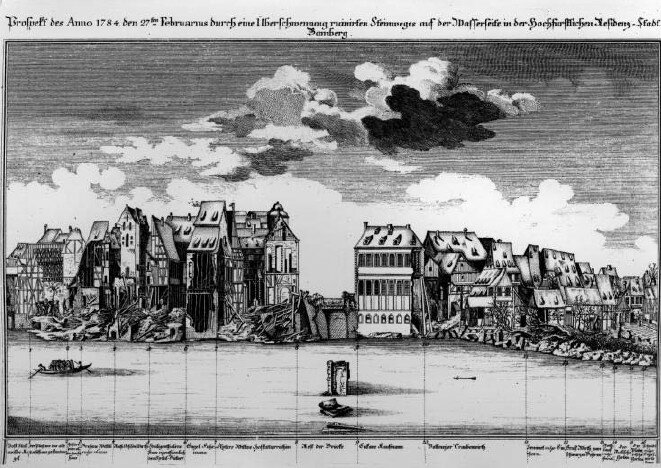 Now his image can be seen on the wall of the house, standing on the corner of Aubert königstraße and Kattenbrookstrift. 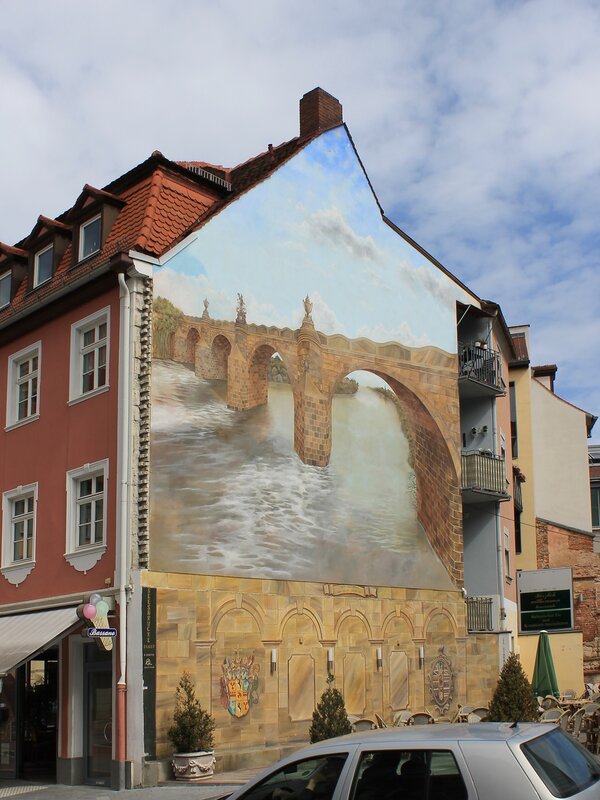 In 1909, built a new arched bridge, Seesbrücke, who also did not stand for long. 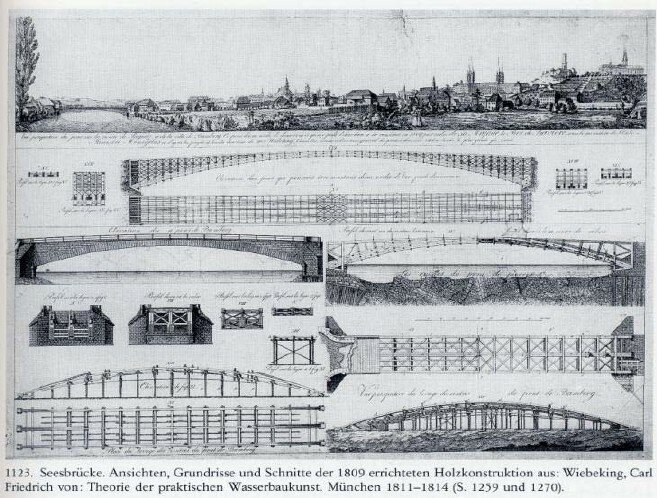 In 1929 he was replaced Ludwigs-Kettenbrücke (Chain Ludwig's bridge), and he served until 1891. The bridge has a design, a concept which has been used to design the Brooklyn bridge in new York city, built half a century later. 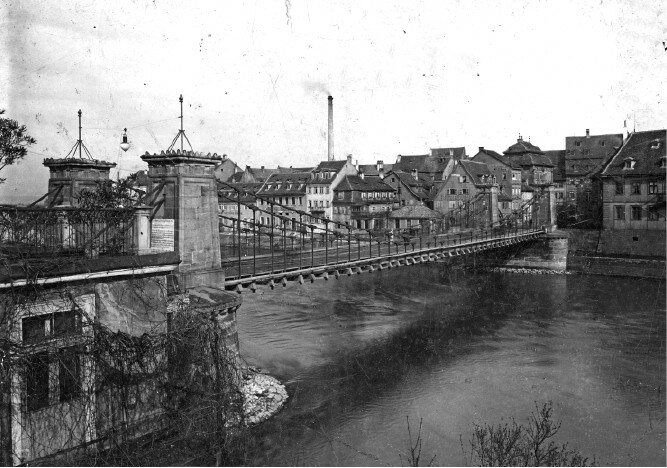 By the end of the 19th century, the chain bridge did not meet the requirements of increased traffic flow, 1892, and in its place was erected a steel truss bridge with a paved roadway, and from the name disappeared, the word "chain" and the bridge became known as "Ludwigsbrucke". 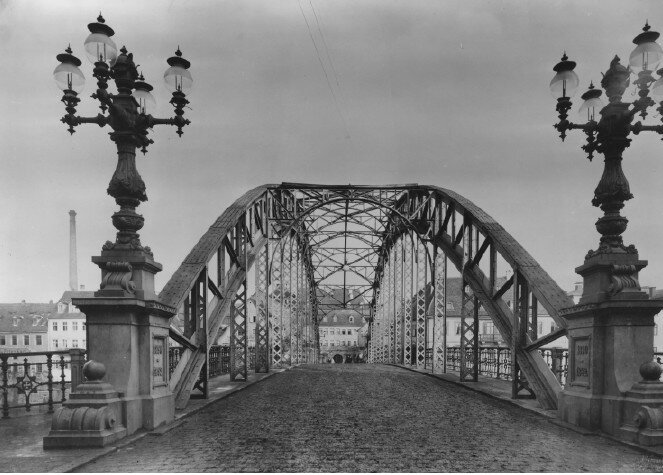 In April 1945, the bridge Ludwigsbrucke was destroyed during the bombing of Bamberg American aviation. 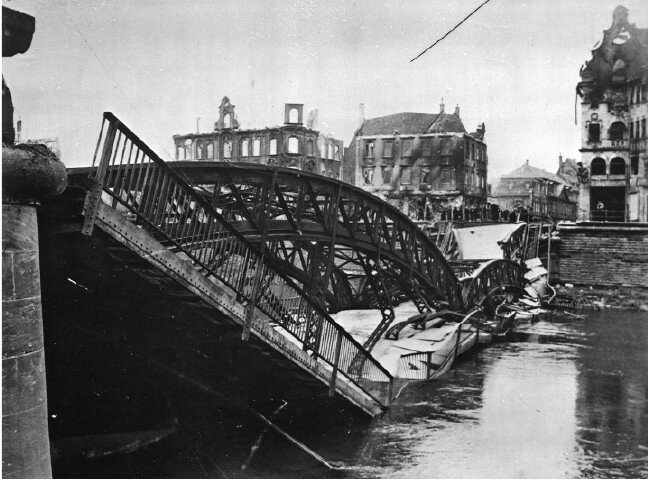 In 1953 a coastal support with a century history took the weight of another, for the reinforced concrete bridge. 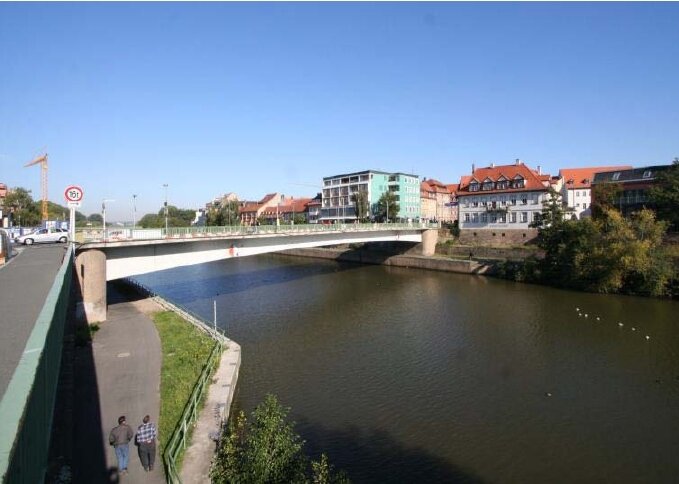 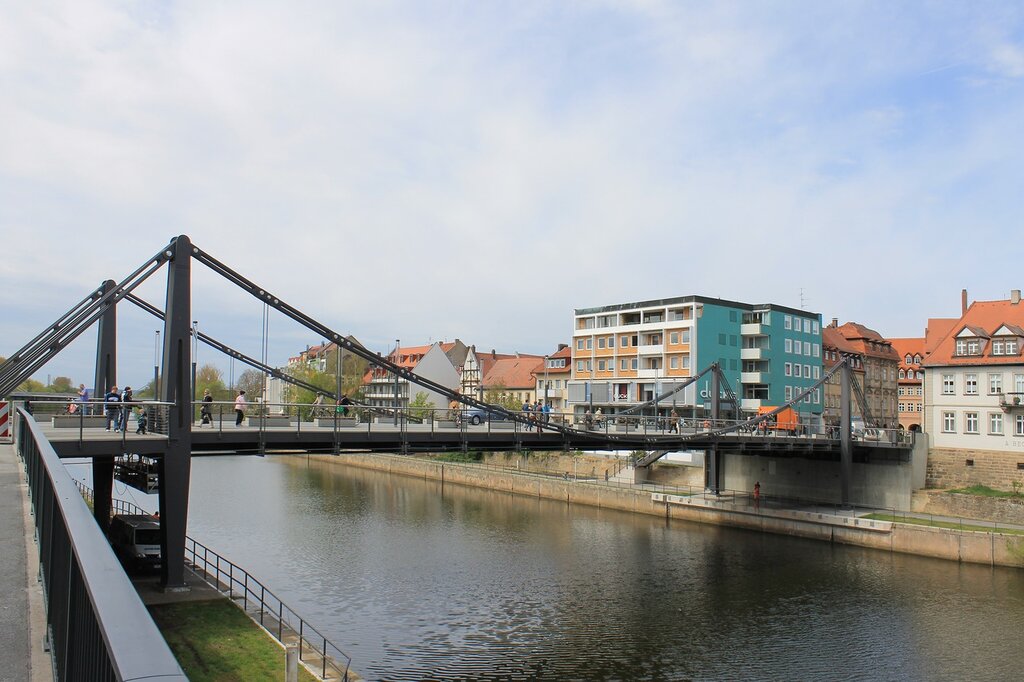 the bridge Project has received several awards at the European and international architectural exhibitions. 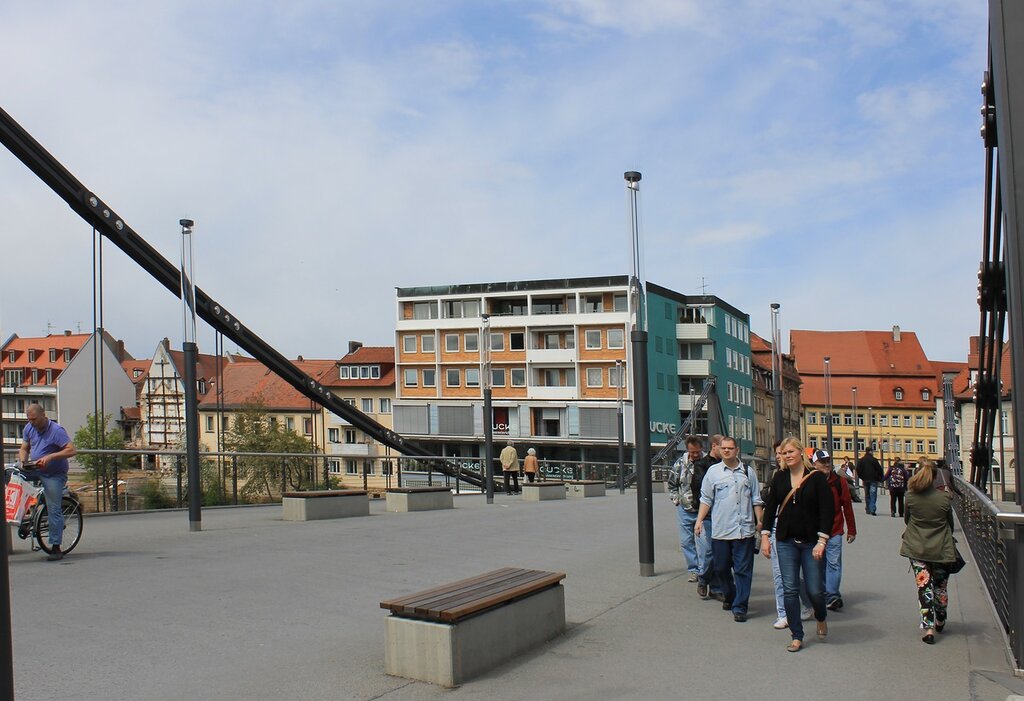 the Lovers, the townspeople immediately found the use of bridge railing for hanging locks of faithfulness. 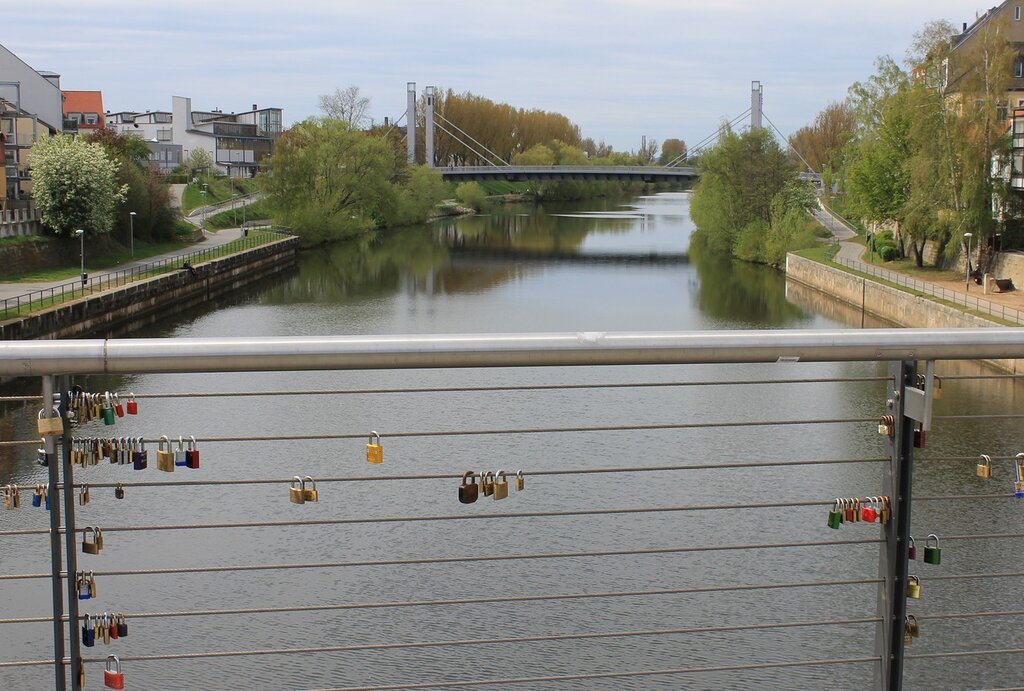 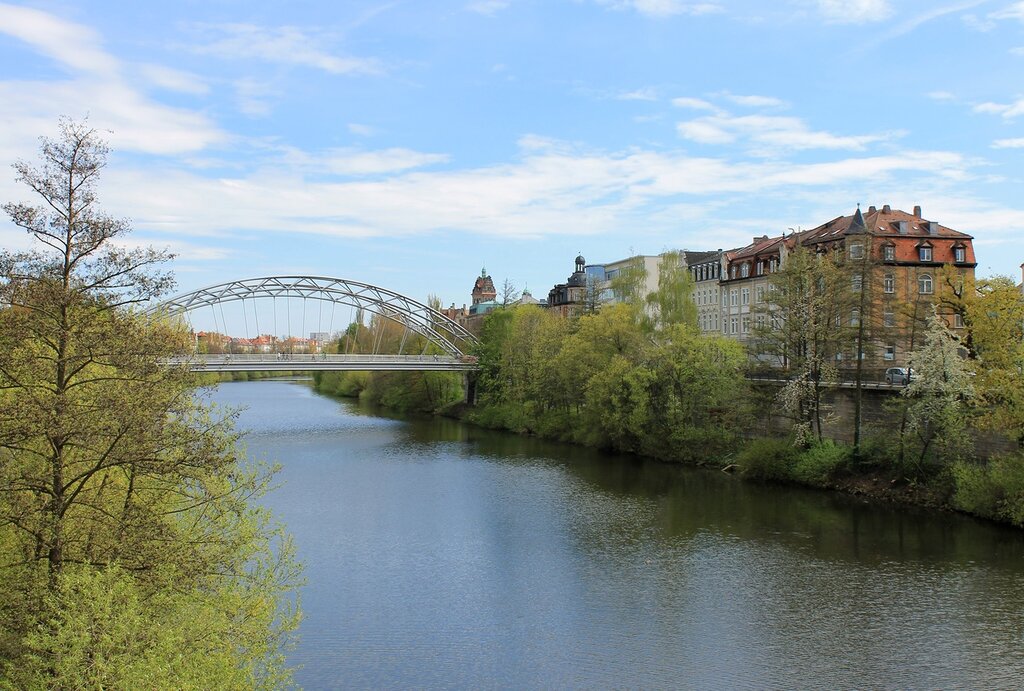 On the other hand you can see Löwenbrücke  (lion's bridge). It is a modern bridge and no lions there, Lions decorated the old bridge, which stood on this spot. 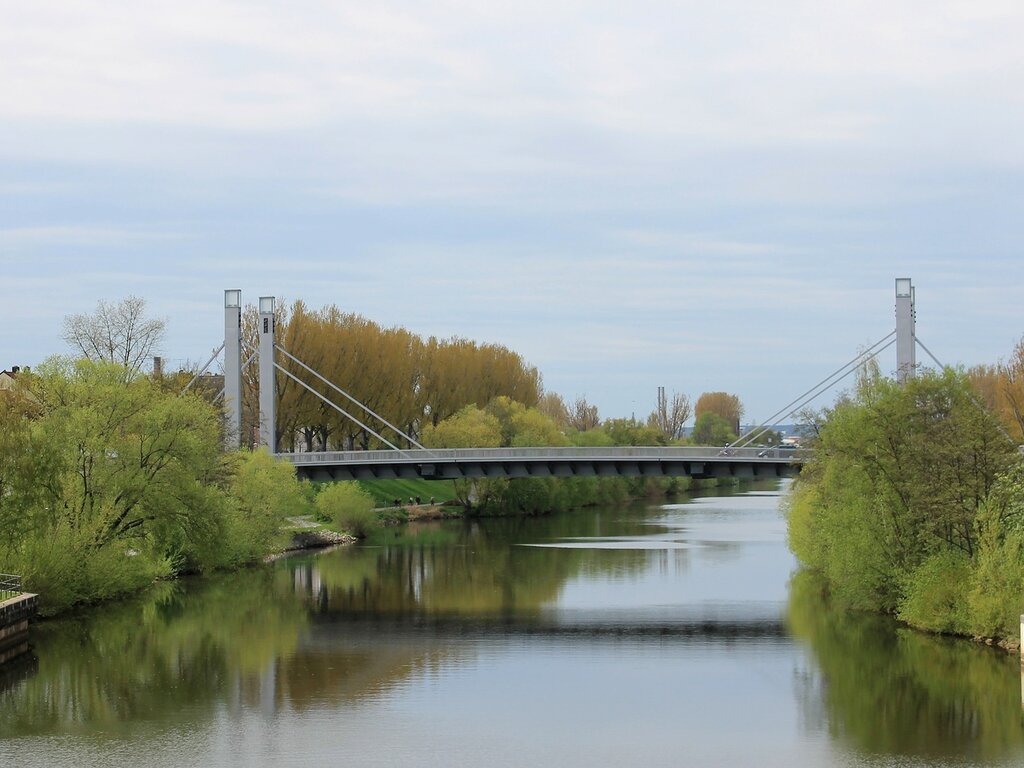 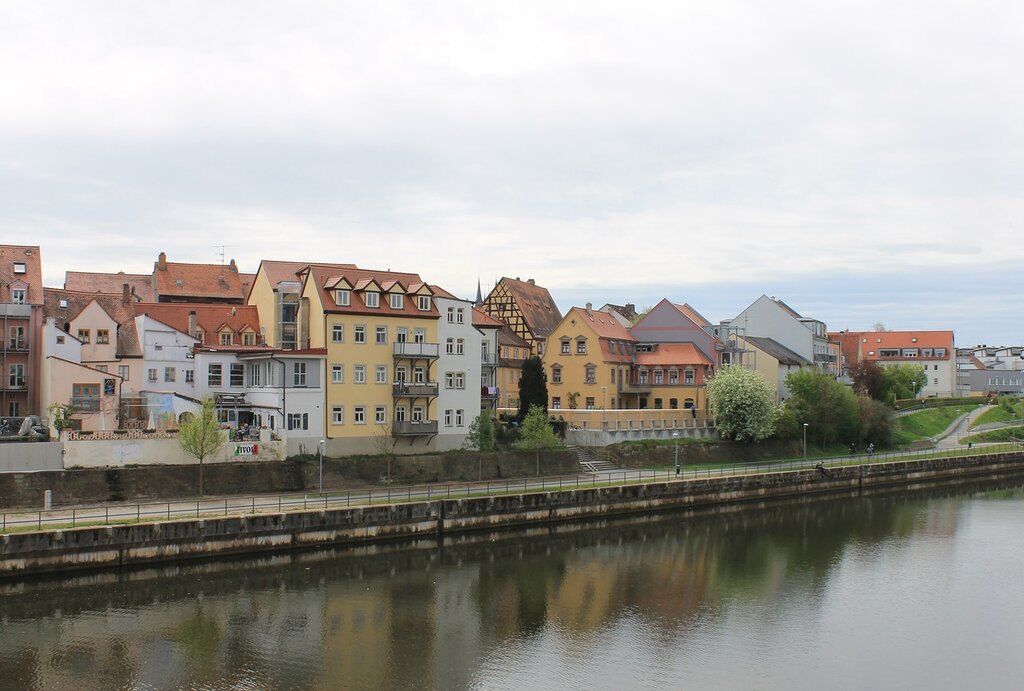