Passing through the South embankment of the Main-Danube canal, over the bridge Luitpold (map) I moved to the other shore, on the street of Luitpold (Luitpoldstraße). 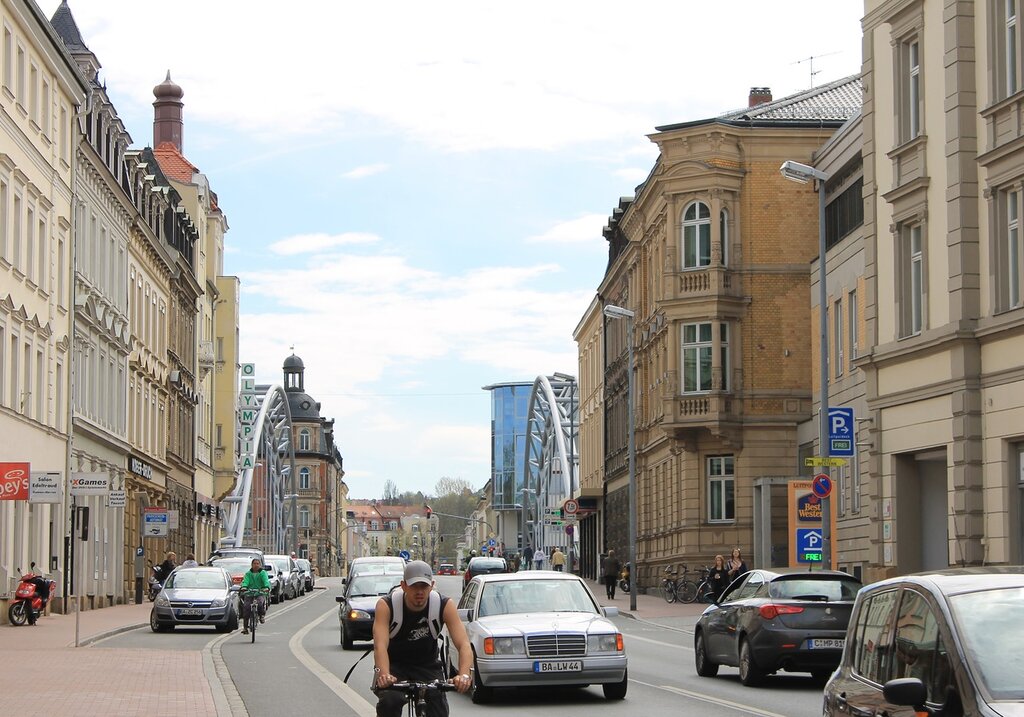 Here, near the bridge, is the original building with the name Luitpoldsäle covered with a copper turret. Built in 1905, designed in art Nouveau style, the facade was damaged during the war, and during the restoration in 1950, broken plaster moldings have been removed. 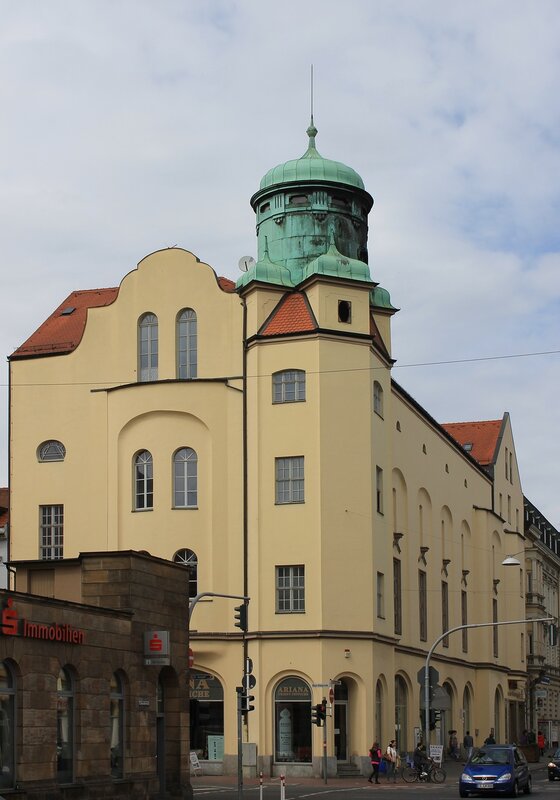 Here I turned on Obere Königstraße (Upper King street), with preserved buildings from the 17th century. 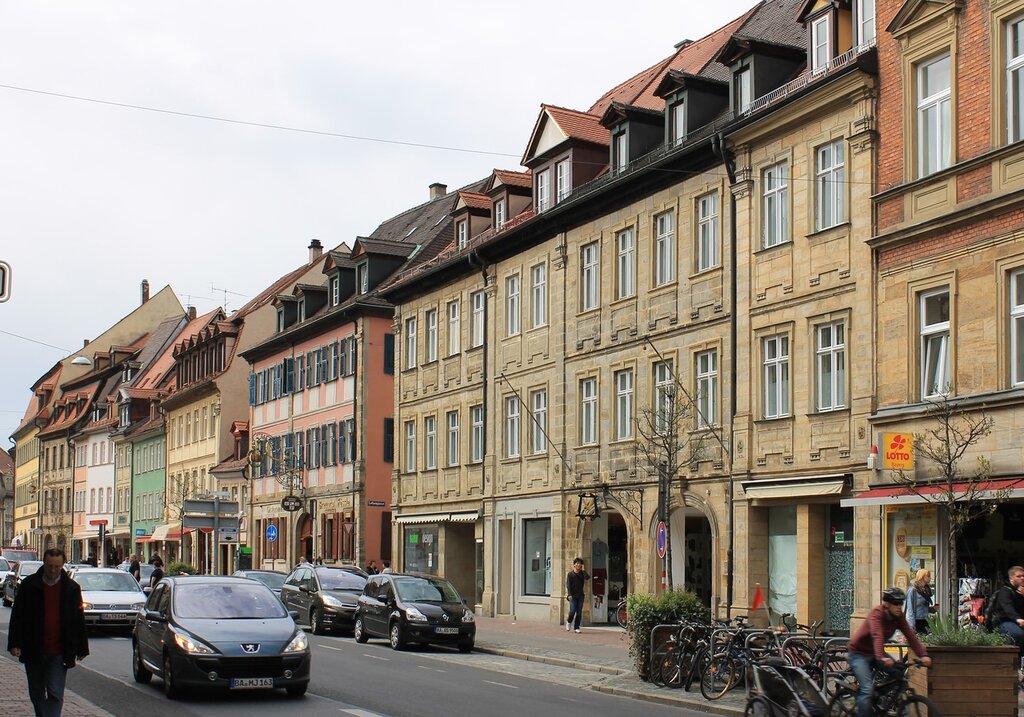 First floors of the houses are occupied by shops and restaurants, many of which are decorated with wonderful figured signs. 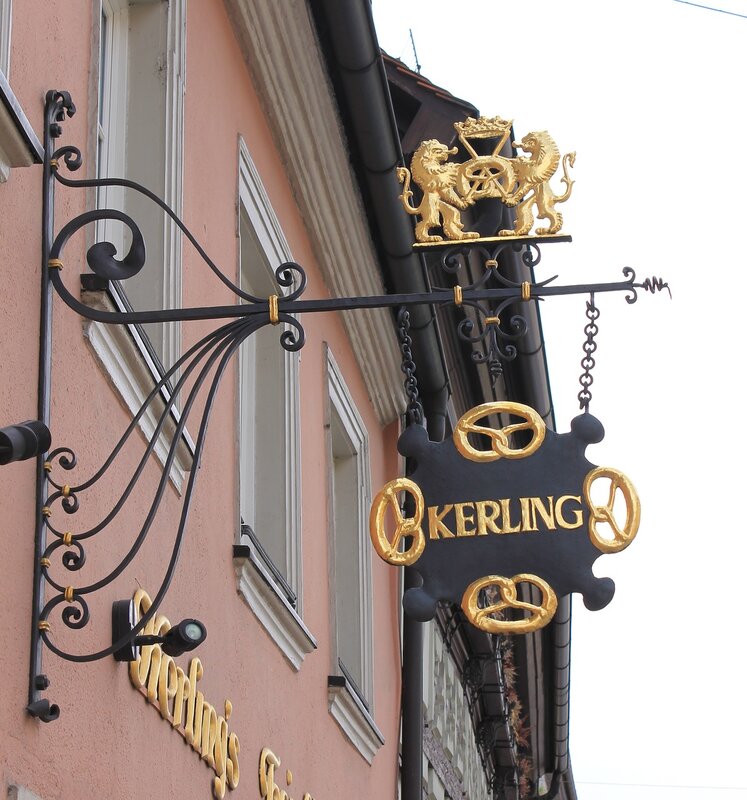 Oldest brewery "Fässla" (map), opened by Hans Lauer in 1649 , immediately after the end of the Thirty years war. The wide portal of the building is arranged for convenience of loading barrels of beer on a cart. In 1898 the school was purchased by Paul Lutz and it worked until the Second world war. New life beer received in 1986. Now here except beer treated to traditional Franconian cuisine. 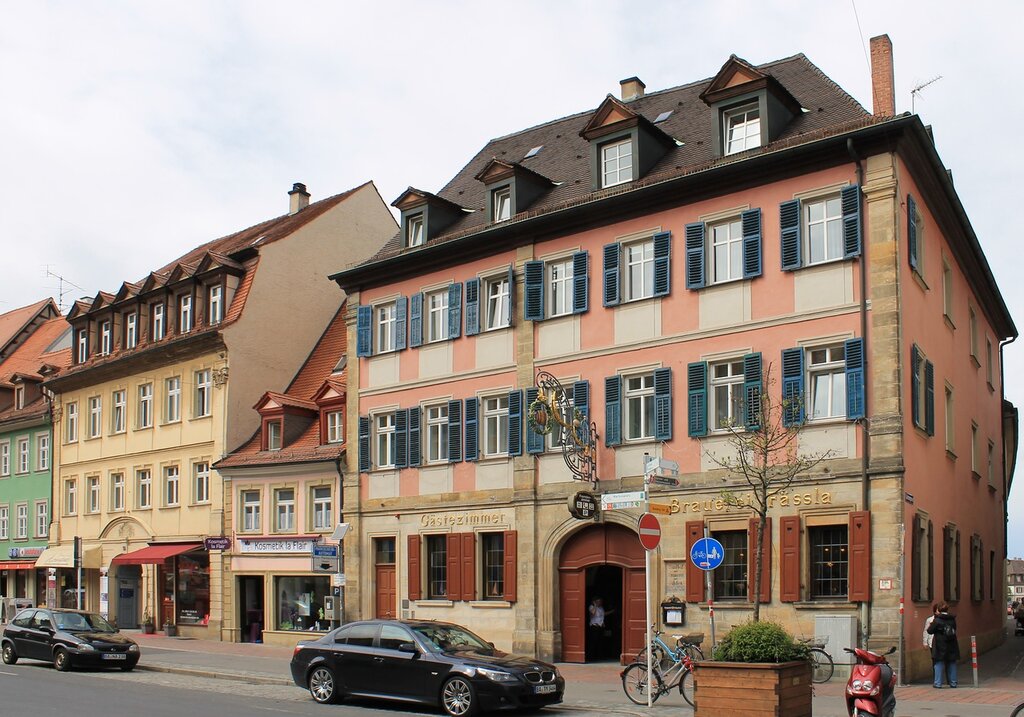 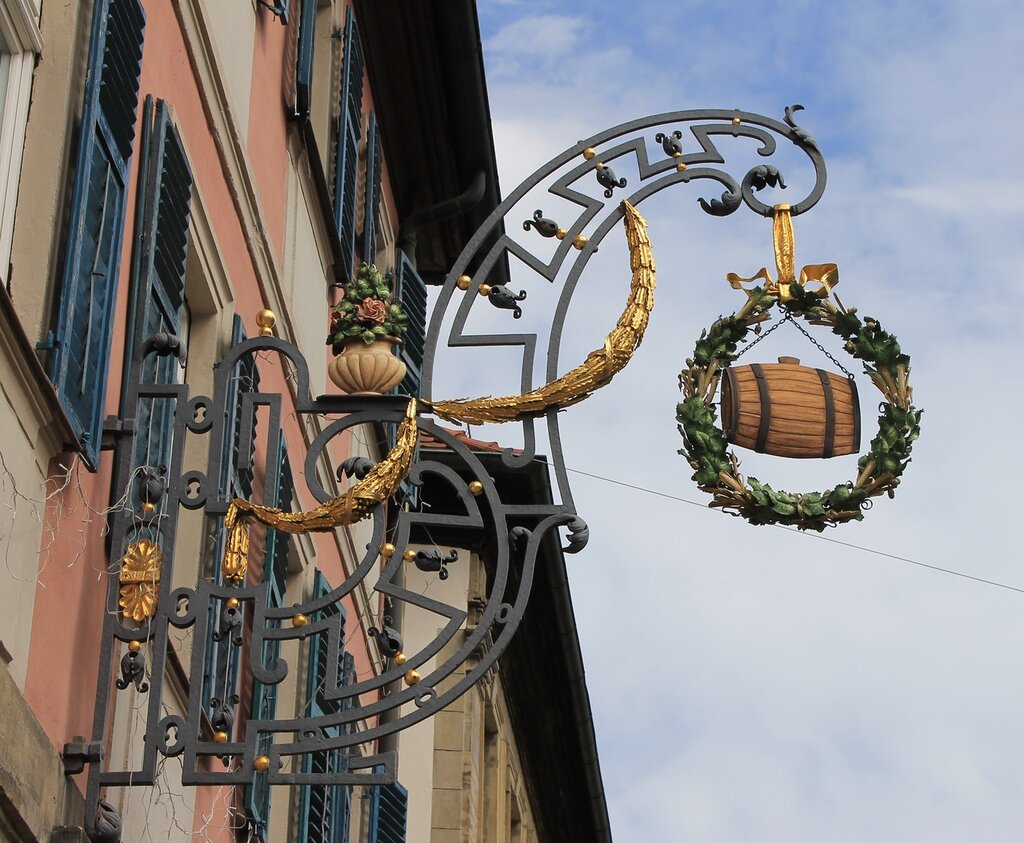 This place seems to open a century earlier, although the building is clearly a later construction. 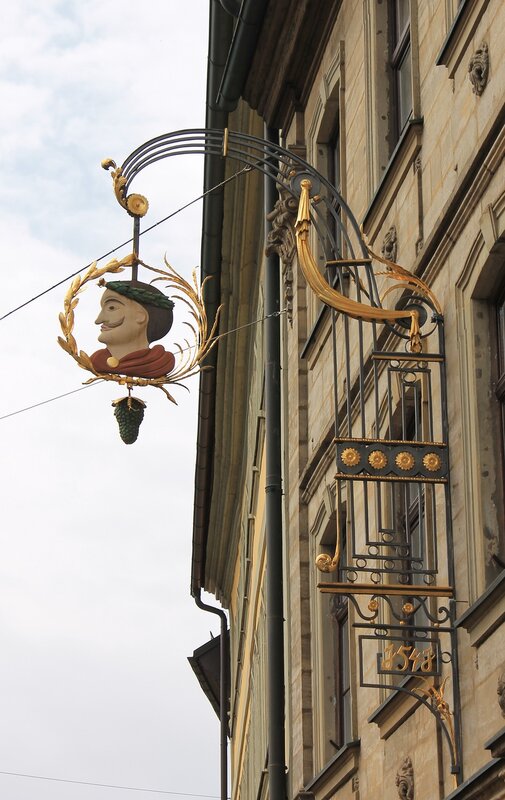 Quarter of the 15th and 16th centuries. 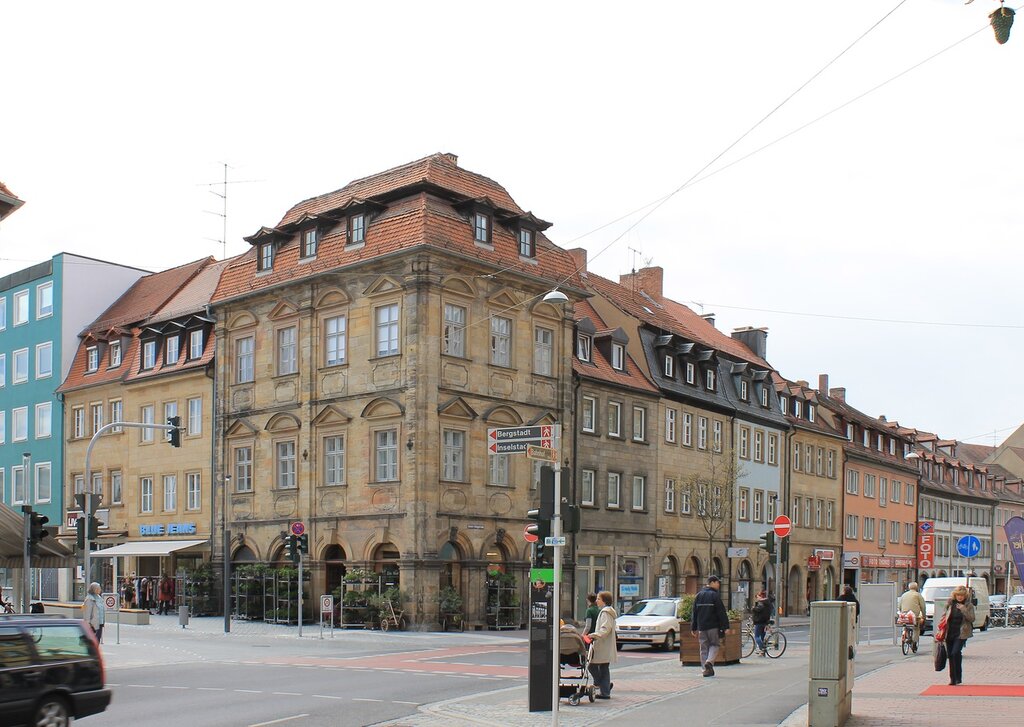 Unfortunately, a part of the wonderful buildings were destroyed by bombing in 1945, the memories of them remained only in wall paintings. 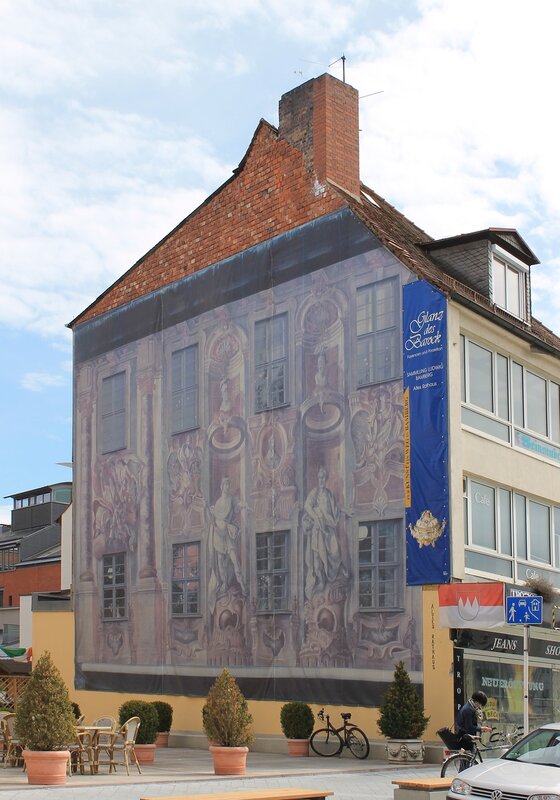