At the end of Lange Straße, on square Singleinput, is one of the most interesting buildings in the city - wine house "Messerschmitt" (Weinhaus Messerschmitt map). Its history goes back as 1422, when the river skipper Messerschmitt brought from the banks of the lane barrel of wine and began to sell it. It went, and later, we opened the wine shop and then the tavern. 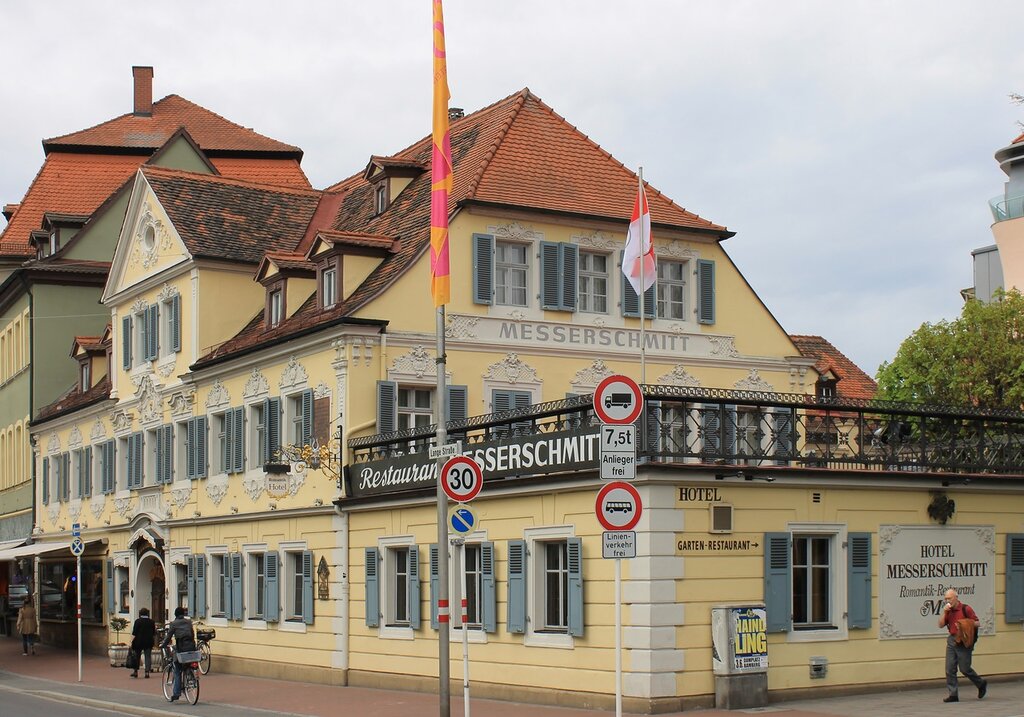 The drinking establishment became popular, and in 1832 a new building was constructed, with hotel and restaurant. 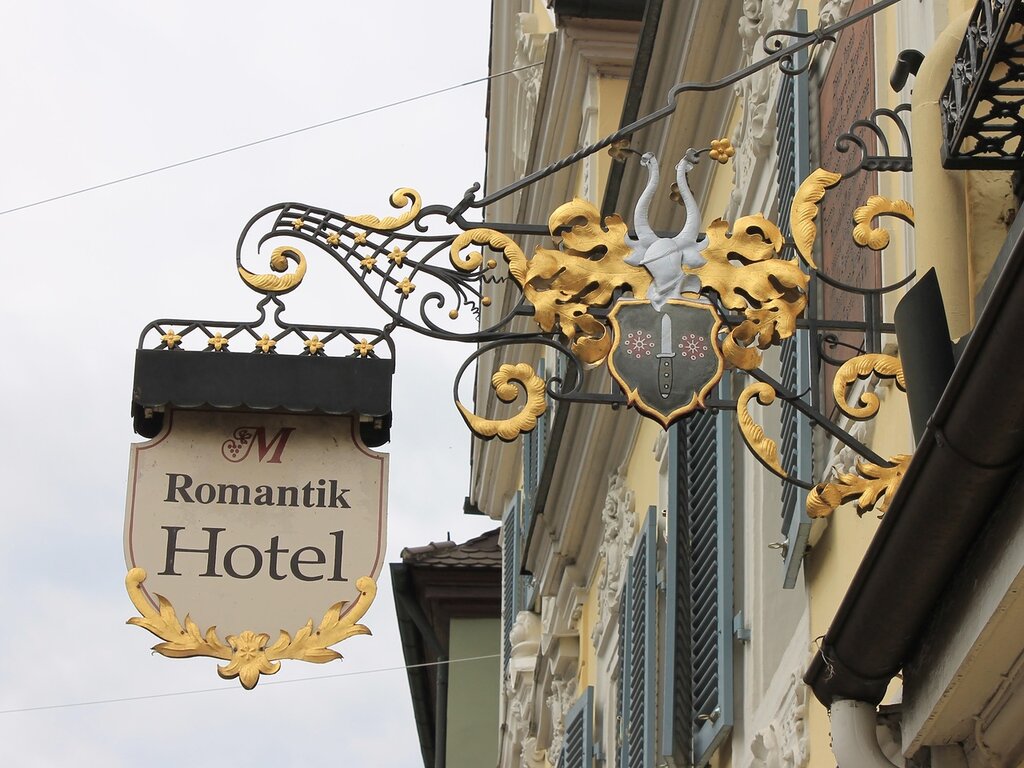 June 26, 1898 in the family of Messerschmitt was born a son Willie, whose childhood was attracted by the idea of flying through the air. In his youth he was known in Bamberg his model airplanes. In the storeroom at the back end of this home of the future famous aircraft designer were making their first gliders and airplanes. 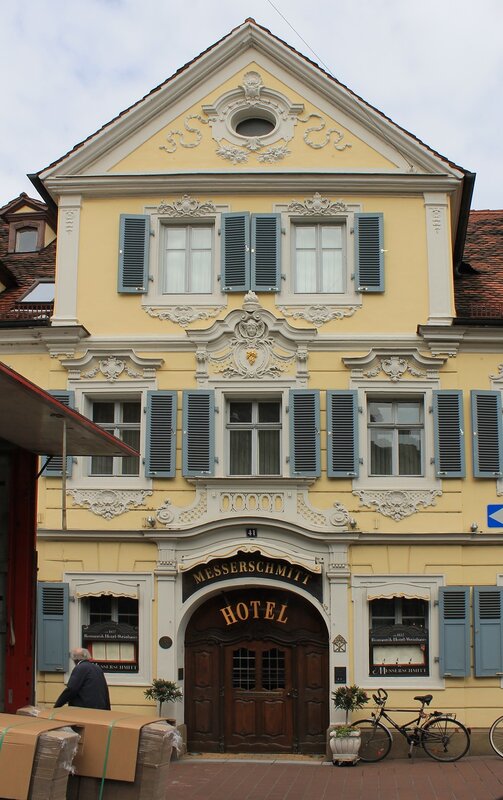 hotel "Messerschmitt" has stayed famous persons - Ministers and the Chancellor, the noble, the clergy, members of aristocratic families from different countries, as well as other celebrities past and present. 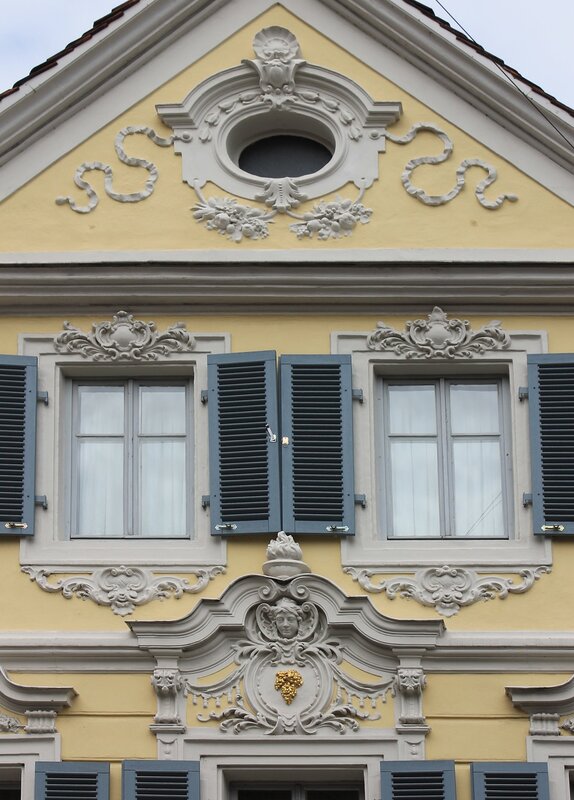 Nearby - an unusual advertisements of the fashion house Wanka Tonka. 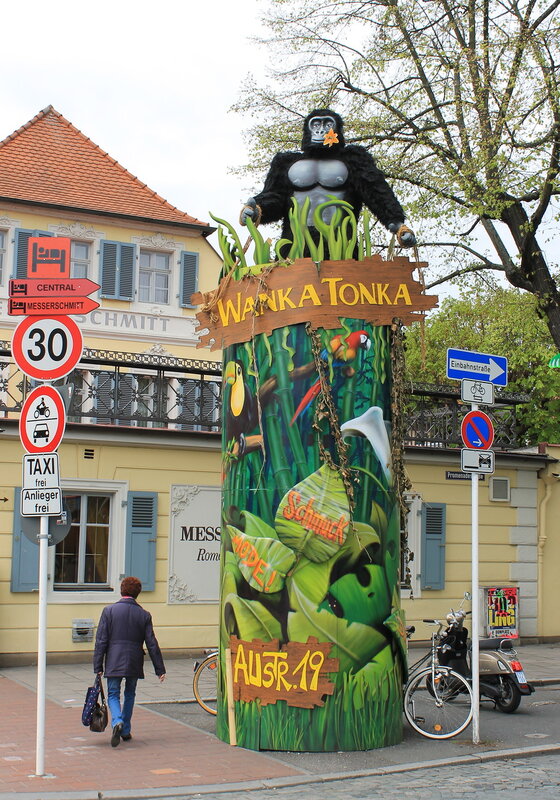