St Martin's Church (Martinskirche map) was built on the site of existing from 1248 of the Carmelite monastery. In 1589 diocese of Bamberg decided to transfer monks from deteriorated by the time of buildings to the building cetinskog the monastery of St. Mary and Theodore, on the other Bank of the river Regnitz, unoccupied since 1548 (the monastery still exists today). 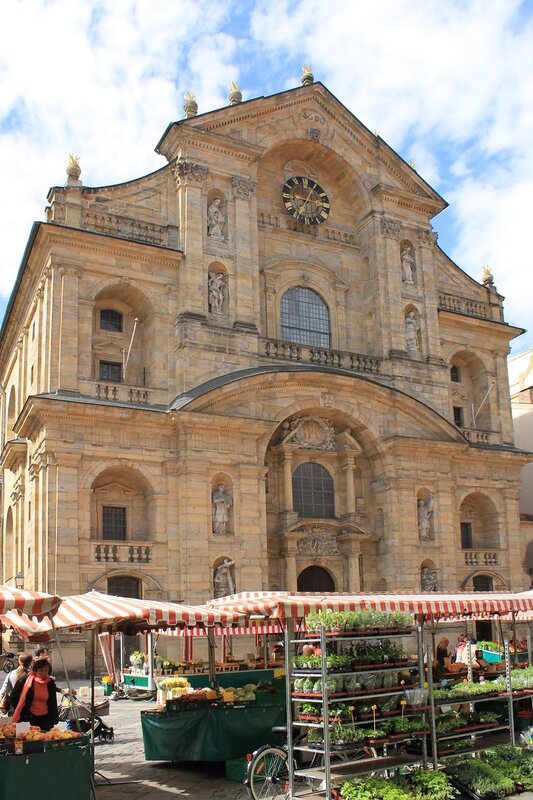 the Vacated area was handed over to the Jesuits, who undertook to build a new big Church. Construction began in 1686 under the leadership of Czech architect George Dienzenhoferovy, after whose death the business was continued by his brother Leonard. The building was built in the Baroque style, it traces of the CAD of the gesù in Rome.

the Building was ready to 1696 and the Church was consecrated in the tradition of the Jesuits in the name of Jesus Christ. Three years later he completed the bell tower. As a result of secularization of the early 19th century in 1806 the Church was confiscated from the the order the property of the city, and became a parish Church, receiving the name of St. Martin. 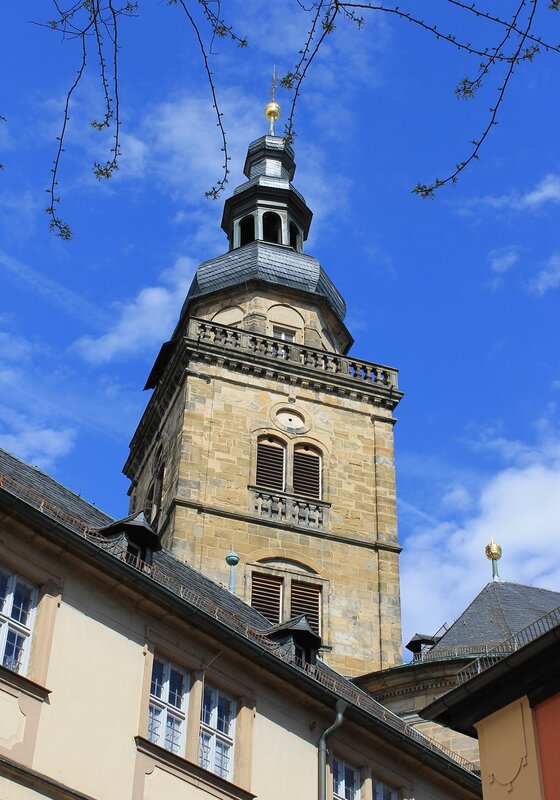