The oldest and most famous fountain in Bamberg, built in 1337, is located on the Grüner Markt square (on map). Initially, the fountain had a purely practical purpose, it was a source of drinking water and in this form existed for two centuries. 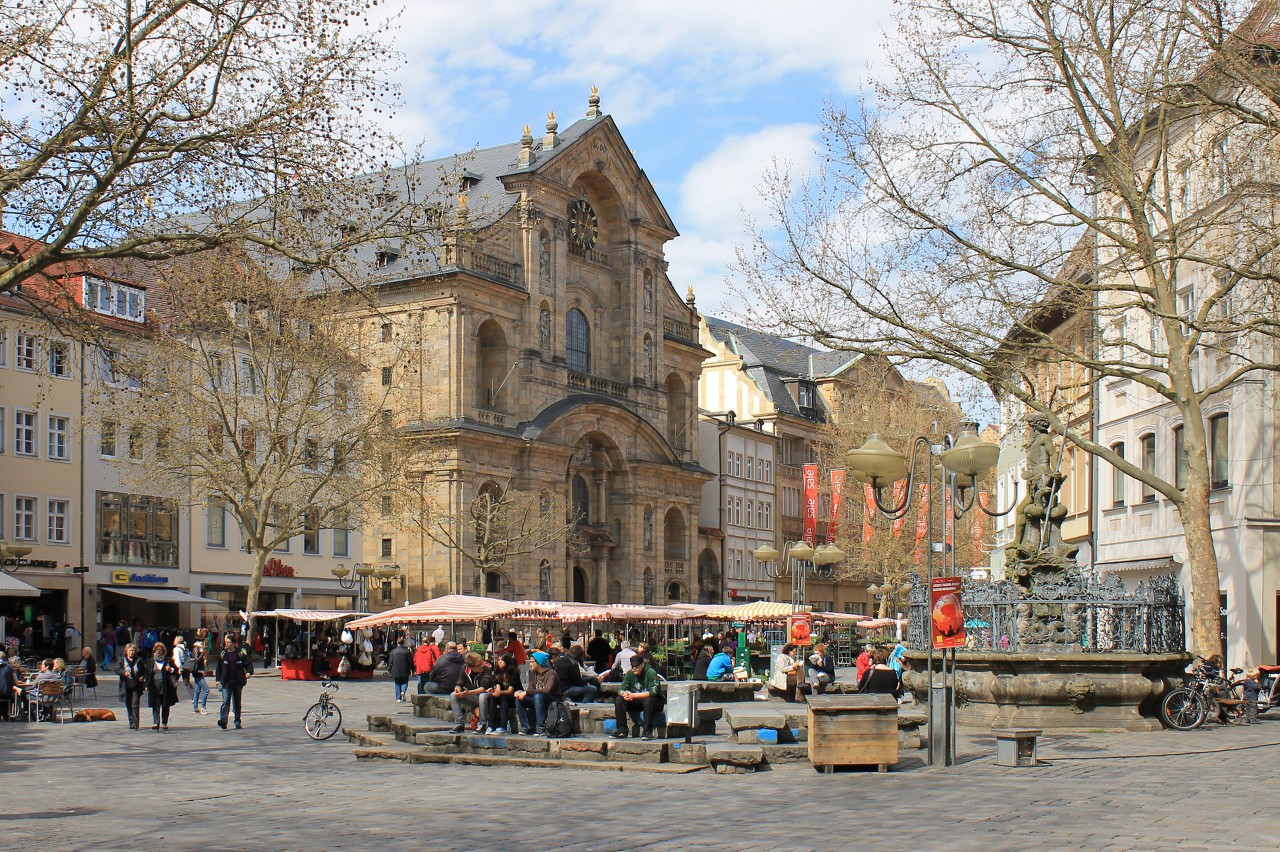 In 1566, the fountain was decorated with a statue of St. George, the patron Saint of Bamberg. This was preceded by a small detective story: Ludwig Krug, a native of Bamberg and a member of the city Council Ludwig Krug eventually moved to Nuremberg, but did not forget his hometown and before his death bequeathed him 800 guilders from his fortune to build a fountain . The export of large amounts of money from the cities of the middle ages was forbidden by the authorities , so the heirs of the Circle, in order to fulfill his will, resorted to the trick of hiding gold coins in a barrel of salt. 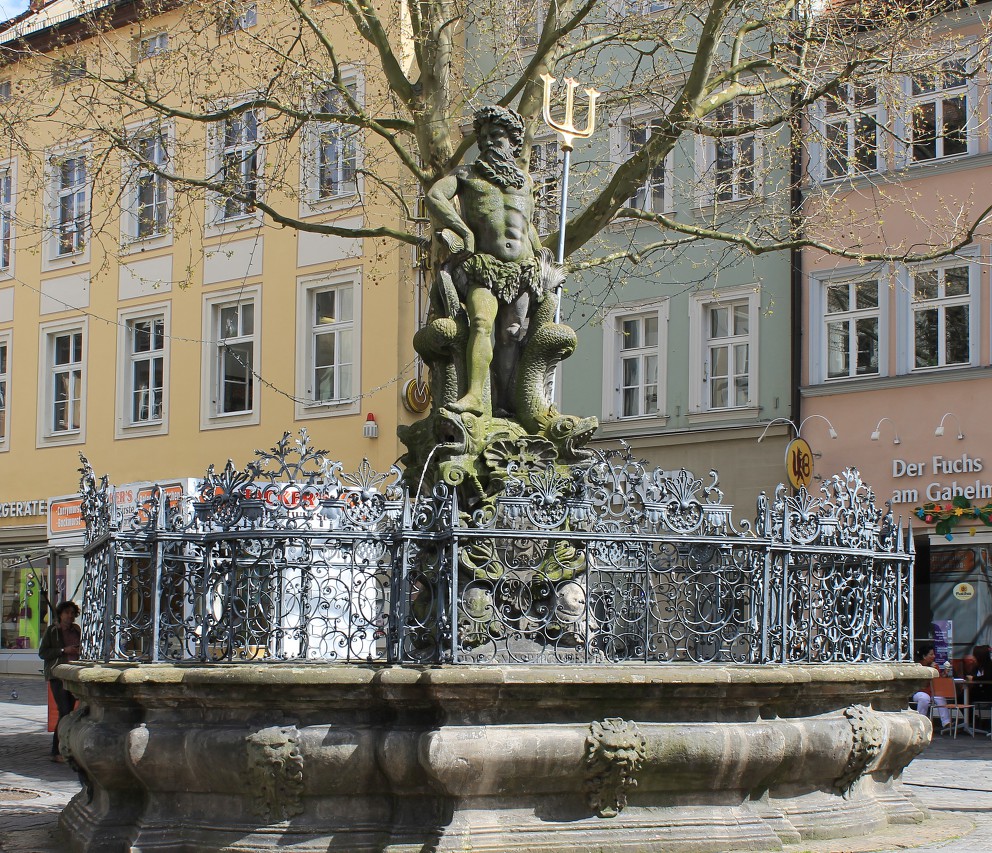 In 1697, the fountain was reconstructed , and it was decorated with a statue of the master of the sea element, made by Kaspar Metzner. This time the customer was Lothar Franz, Archbishop of Bamberg, as the inscription on the pedestal indicates. It also mentions the engineer Johann Christopher Bissing, who arranged the supply of water from the Regnitz river . Over time, the name "Gabelman" took root behind the fountain. Gabelmann, or Goblmoo in Franconian) - "man with a fork". In 1945, the fountain received a lot of damage from fragments of an air bomb that exploded nearby. after the war, it was restored and reopened in 1954. 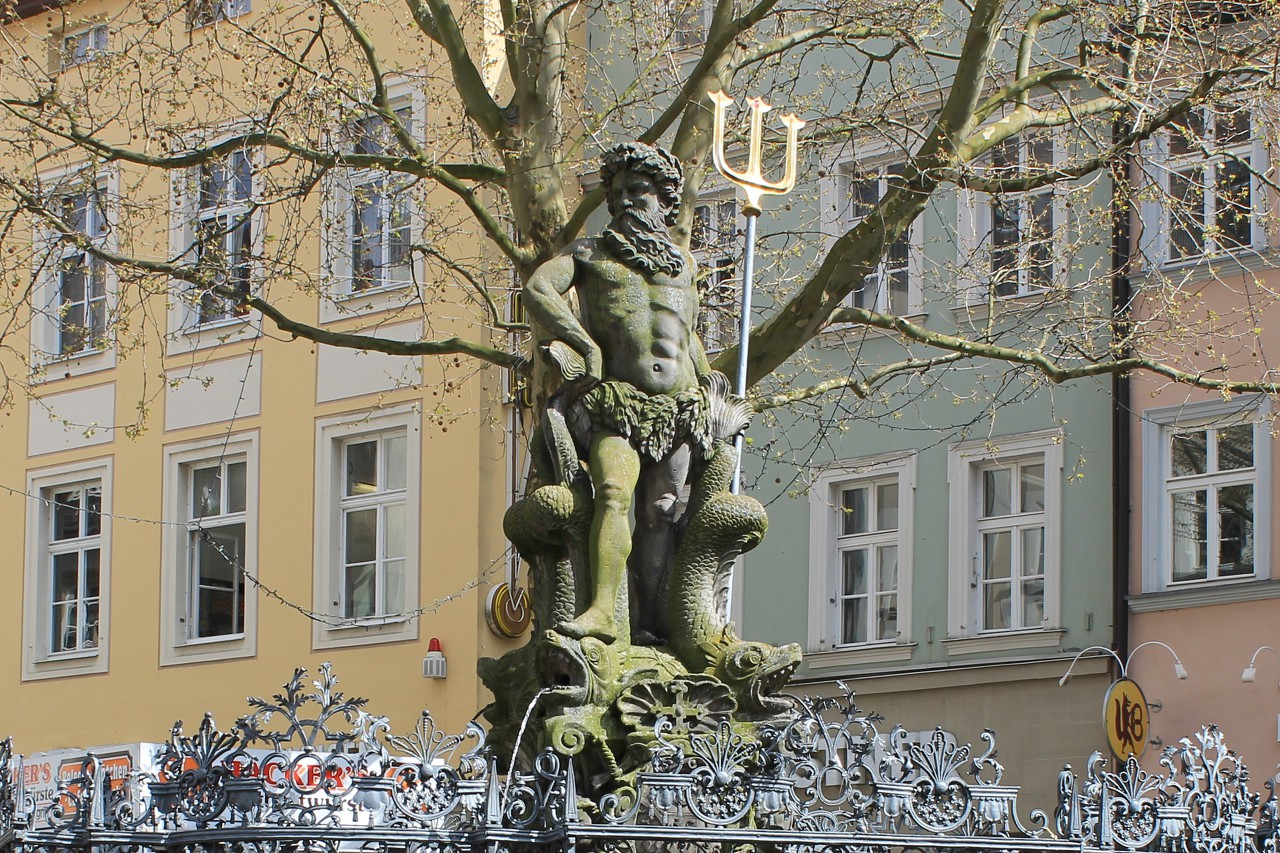