In sharp tip of the triangular square Schönleinsplatz, on the corner of Friedrichstraße and Schützenstraße is the so-called "Deutsches Bürgerhaus" (German town house, map) built in 1890-91 with the Friedrich Gleb.

The Architect has created a building in compliance with its notions of superior modern housing. More important the author has given as to the decoration and interior elements of comfort - in the house there was a Conservatory, and applied technological innovation - dumbwaiters and gas heaters. As a result, the cost of construction of one wing of the building exceeded the cost of the construction of the parish Church of Maria Hilf. 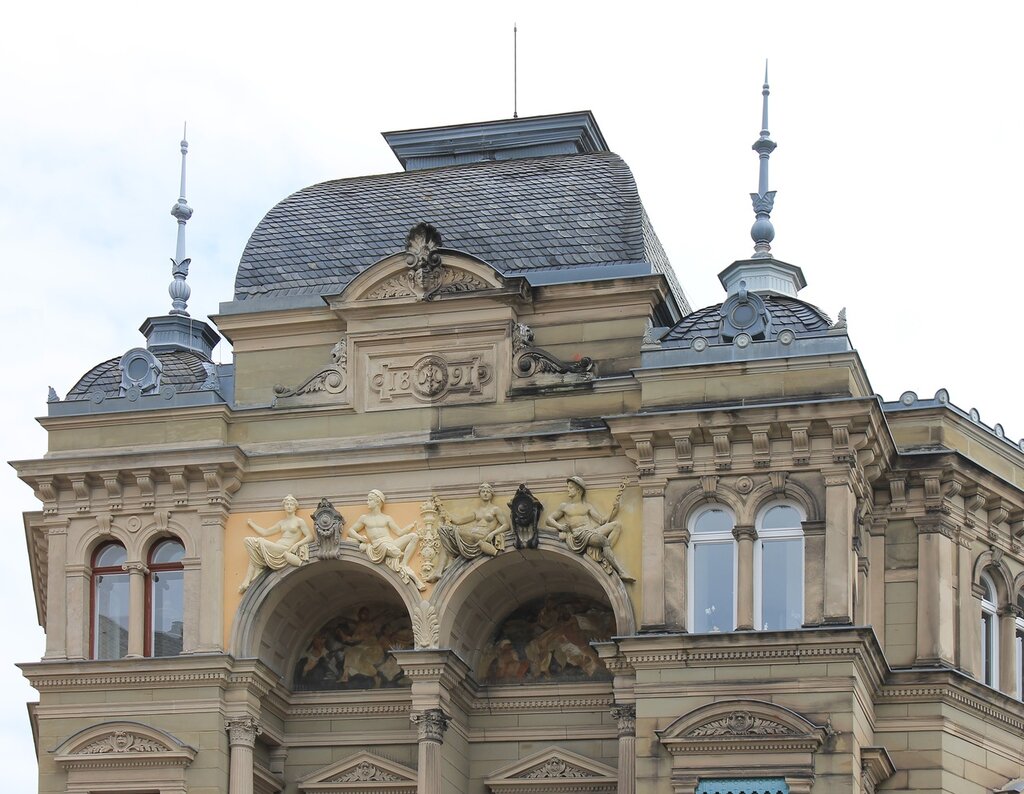 the House is included in the list of monuments of Upper Franconia. 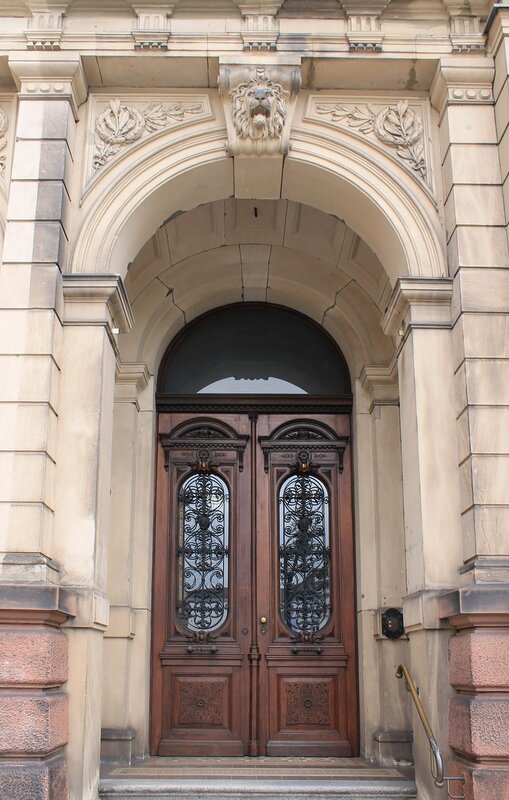 Schützenstraße (Sagittarian street), at the beginning of the right side of the street is "tainted" with modern houses, the rest of the street has kept the style of the 18-19 century. 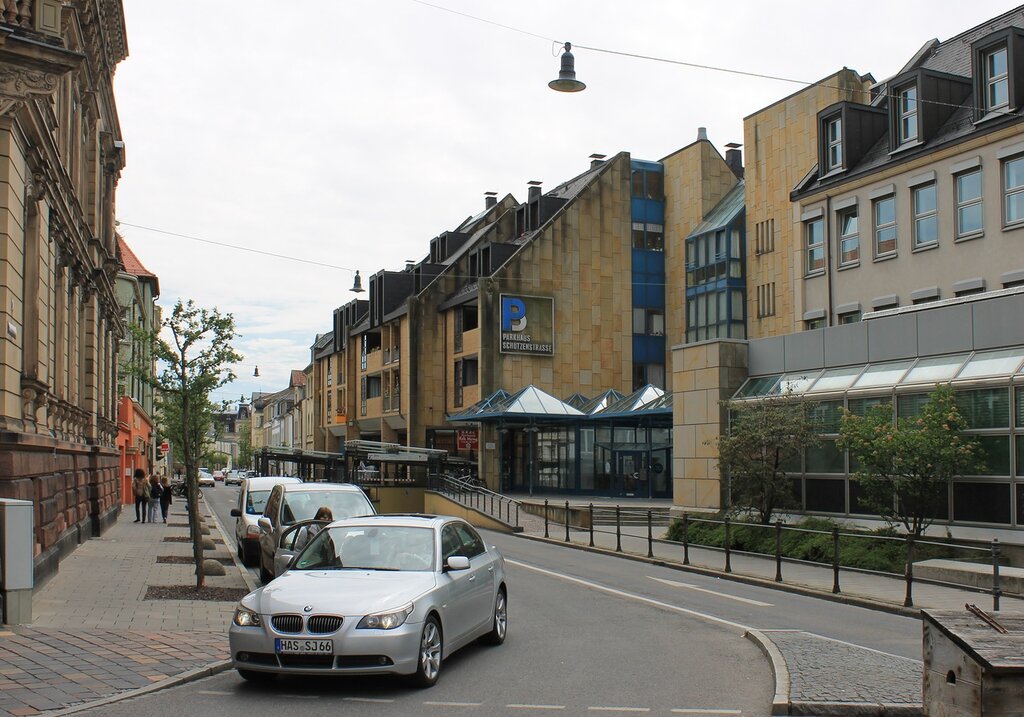 Friedrichstrasse (Friedrichstraße) continues the line of Lange Straße and was built in the 18th and 19th centuries. 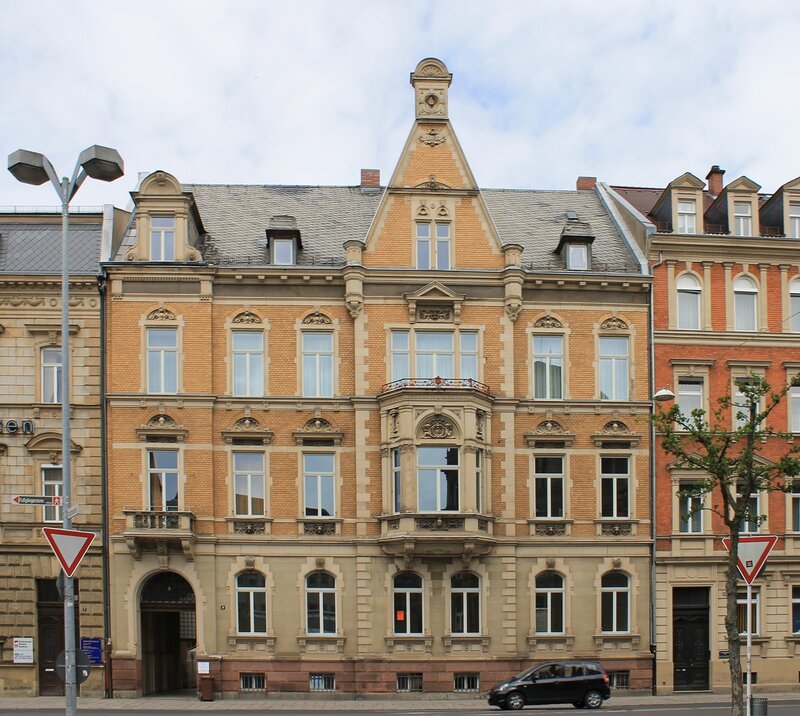 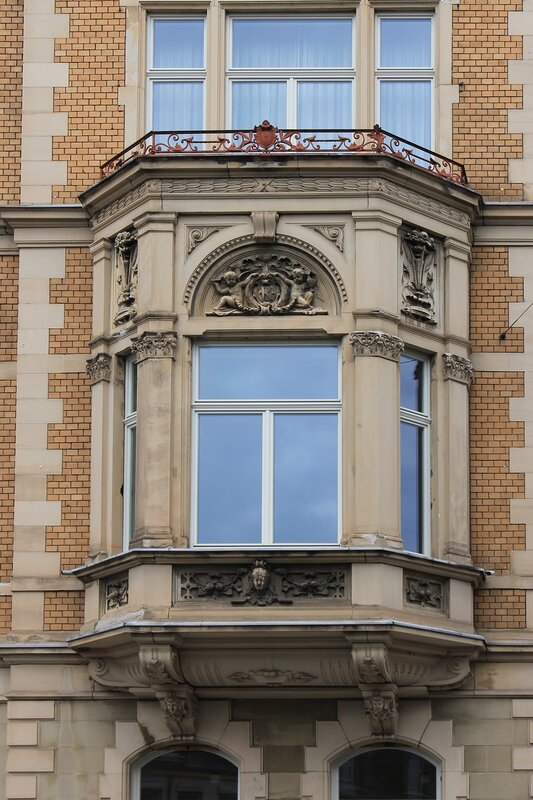 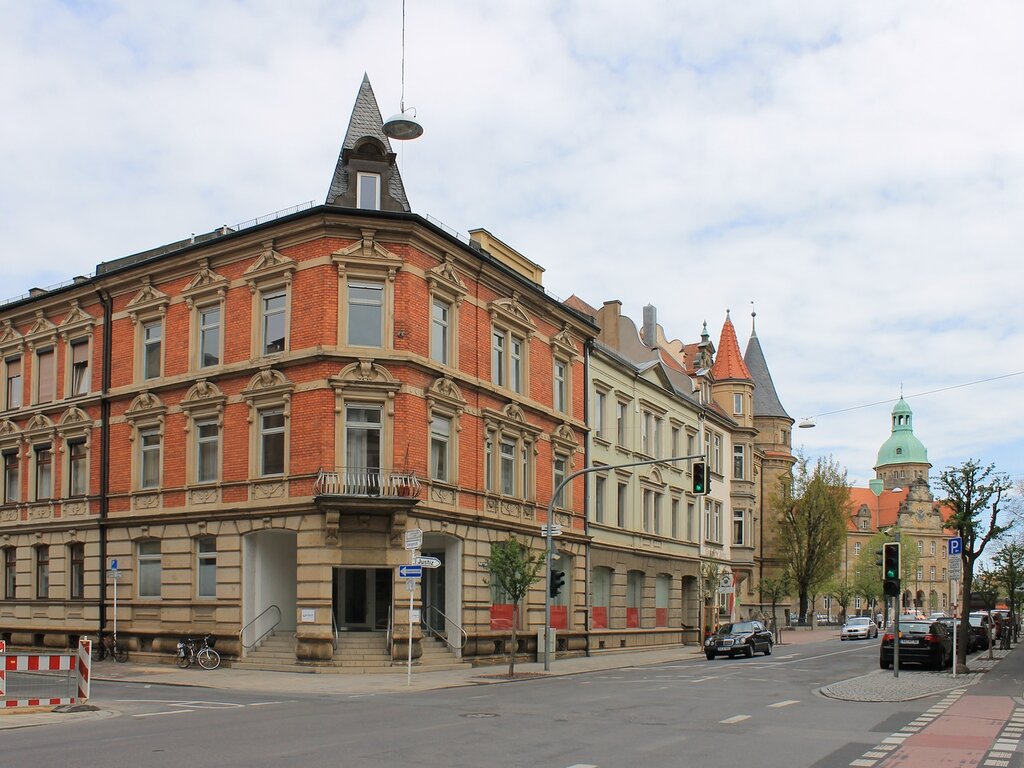 To the Right of this building goes street the Herzog-Max-Straße, which also has some interesting houses. 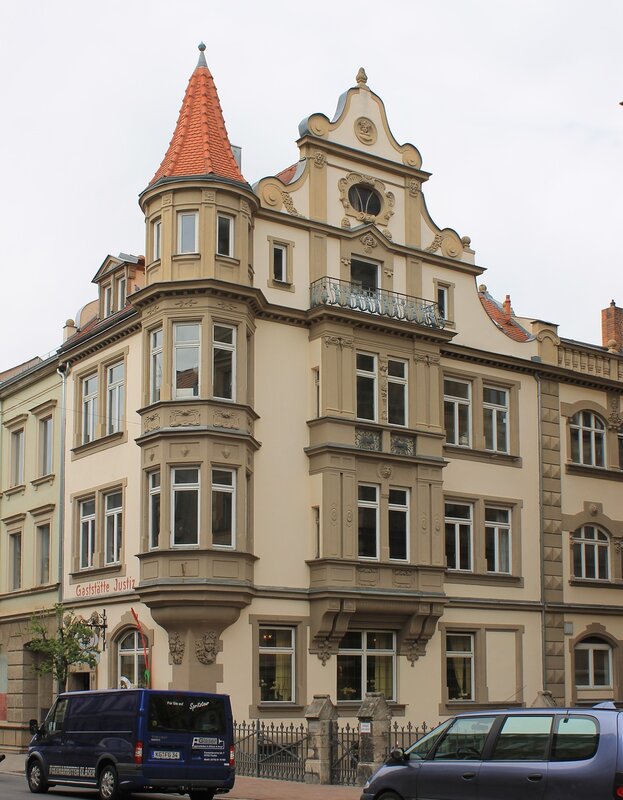 Street ends with a square Wilhelmplatz (Wilhelmplatz), where the Supreme court Bamberg (Oberlandesgericht) 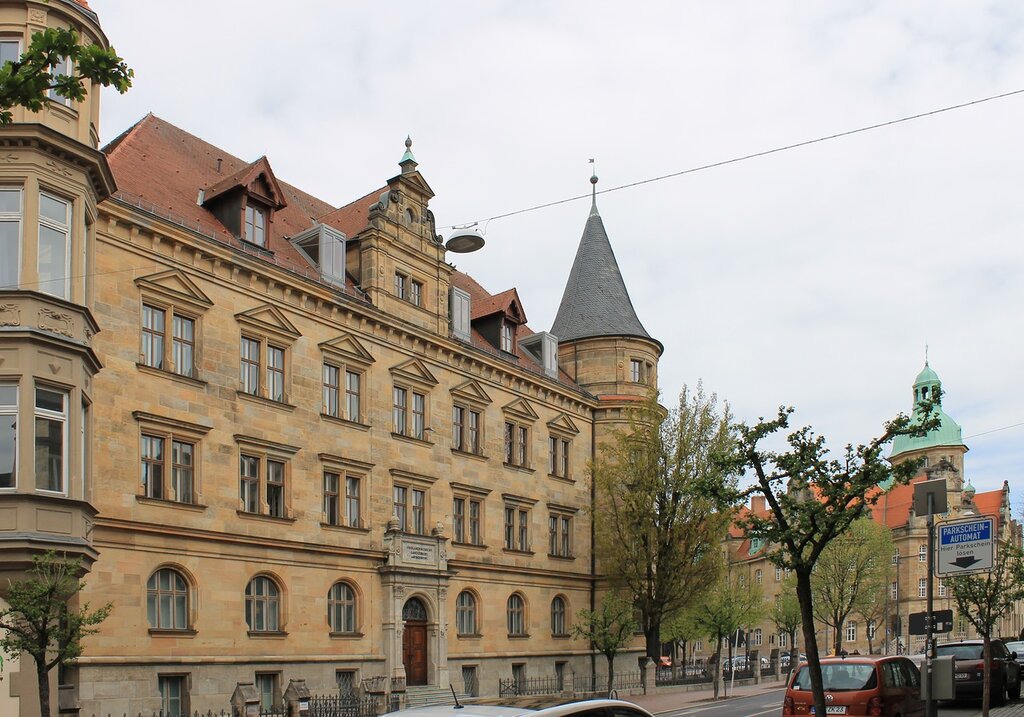 one of the old buildings of the University, better known as "Post on Wilhelmplatz" - (Wilhelmspost). 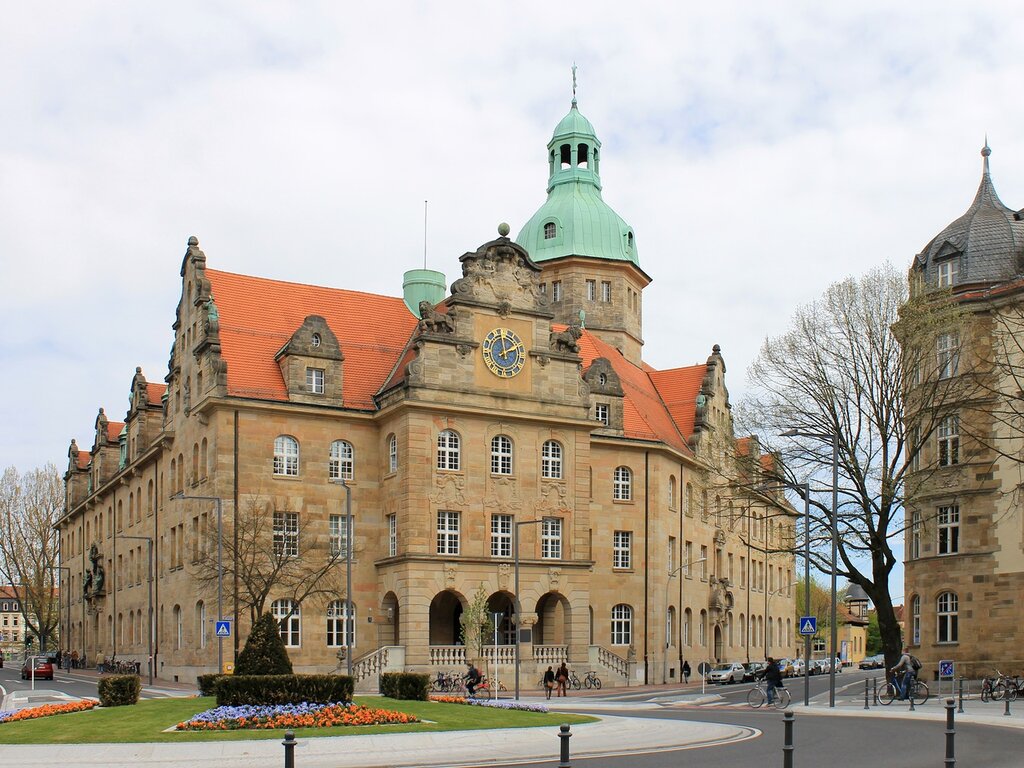